Throwing eggs and other bakery related goods is not just confined to Justin Bieber but it’s a bit of a British tradition, with previous Prime Ministers and party leaders not exempt from this form of protest.

Memorable moments such as then Deputy Prime Minister John Prescott’s infamous run in with an egg wielding citizen back in 2001, or more recently, UK Opposition leader Ed Miliband being the target of a spontaneous, politically motivated egging whilst on the campaign trail at a street market in London last year.

END_OF_DOCUMENT_TOKEN_TO_BE_REPLACED

One of Australia’s 150 ‘big things’ erected as tourist attractions was stolen last week, sparking the debate ‘Is this a publicity stunt?”

The three-storey, 10 tonne mango was the pride of small town Bowen, before it disappeared in the middle of the night on Monday, 24th February.
END_OF_DOCUMENT_TOKEN_TO_BE_REPLACED

But there are still lessons to be learned

It was more than Samsung could have dreamed of. There they were at CES Las Vegas 2014, the world’s biggest consumer electronics jamboree – barring perhaps Mobile World Congress – the Mecca of everything new in mobile, electronics and networking with hundreds of journalists and film crews from every corner of the globe vying with each other to find out just what the Internet of Things really is, and whether anyone will be giving away free 3D printers… END_OF_DOCUMENT_TOKEN_TO_BE_REPLACED

Following on from some terrible mishandling of social media in 2013 by household names such as British Gas, Ryanair and Burger King, we look at the ways we think are best to handle social media. END_OF_DOCUMENT_TOKEN_TO_BE_REPLACED 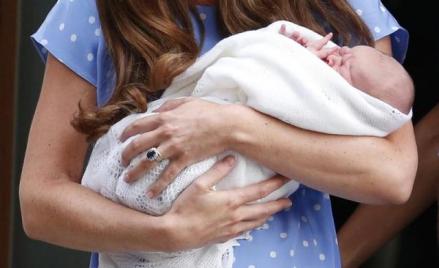 So the long-awaited arrival of the third in line to the UK throne is over. On the afternoon of Monday 22nd July, at around twenty-five past four, a baby boy, George Alexander Louis, was safely delivered at St Mary’s Hospital, Paddington, London weighing 8lb 6oz. It will be a number of years before the young Prince of Cambridge realises that he was born to ‘reign over us’ – as the UK national Anthem suggests – and that his life is much departed from the typical life of his subjects. END_OF_DOCUMENT_TOKEN_TO_BE_REPLACED

Beckham, who has played football in England, Spain, Italy, America and France, last week became the first English player to have won four domestic titles in four different countries. He bows out of the game having achieved 19 major trophies including 10 league titles and scoring or providing assists in more than half of his 534 top-flight games.

That is the footballing side of Beckham. Not bad at all. END_OF_DOCUMENT_TOKEN_TO_BE_REPLACED

Academy award-winning actress Reese Witherspoon was arrested last month after police stopped the car her husband, Hollywood agent Jim Toth, was driving to give him a sobriety test. Witherspoon wouldn’t stay in the car when asked to do so by the officer and was given a disorderly conduct charge. END_OF_DOCUMENT_TOKEN_TO_BE_REPLACED

The British press has devoted a lot of lines this week to how Boris Johnson, Mayor of London and possible future rival for British PM (though he’s never admitted to this ambition) was made to squirm on the sofa of a popular political talk show as his interviewer, Eddie Mair, dug his scalpel in deep, calling Johnson a “nasty piece of work”, quizzing him about being fired from The Times for making up quotes, being sacked by his party for allegedly lying about an affair and the infamous recorded phone call with Darius Guppy where they discuss a plan to have a journalist beaten up. A classic car crash interview in many ways, but has it actually damaged Brand Boris?

END_OF_DOCUMENT_TOKEN_TO_BE_REPLACED

At a time when China’s Foreign Ministry is struggling to improve the country’s international image, new first lady Peng Liyuan, who in the past has dazzled audiences at home and abroad with her bravura soprano voice, has been brought out of the Chinese closet and into the PR limelight. END_OF_DOCUMENT_TOKEN_TO_BE_REPLACED 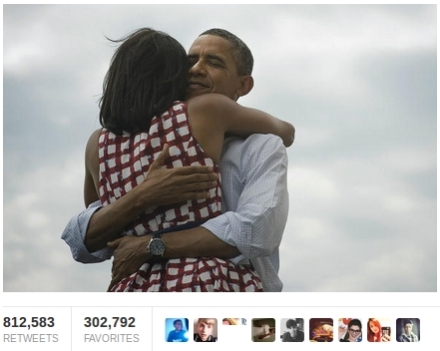 “Four more years” – when Barack Obama posted this picture as he announced his re-election as US president it became the most re-tweeted tweet ever! END_OF_DOCUMENT_TOKEN_TO_BE_REPLACED

The SpinBin is a blog written by the IBA-International team members designed to provide our spin on events taking place across the globe. www.iba-international.com